The One Job Robots Can’t Do (Yet) 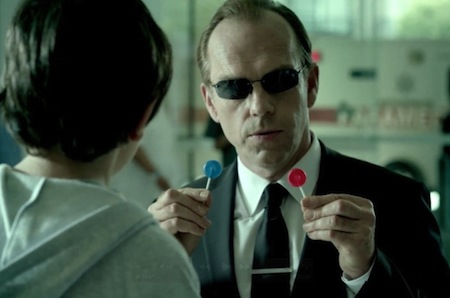 The One Job Robots Can’t Do (Yet) was originally published on Vault.

This is more or less the thesis statement of Martin Ford’s latest book, The Rise of the Robots: Technology and the Threat of a Jobless Future. According to Ford, who is the founder of a Silicon Valley software development firm and an author of a previous book about robots in the workplace, there’s almost no job that a machine can’t do these days, thanks to incredible advances in artificial intelligence. What Ford describes, and what other engineers, scientists, and technologists also believe to be true, is a near future where the workforce is nearly entirely made up of robots, not a human being in sight. That is, a future that, to my imagination, looks a lot more like The Matrix than The Jetsons.

The following comes from the New York Times book review of Ford’s latest:

Lawyers, radiologists and software designers, among others, have seen their work evaporate to India or China. Tasks that would seem to require a distinctively human capacity for nuance are increasingly assigned to algorithms, like the ones currently being introduced to grade essays on college exams. Particularly terrifying to me, computer programs can now write clear, publishable articles, and, as Ford reports, Wired magazine quotes an expert’s prediction that within about a decade 90 percent of news articles will be computer-generated.

Speaking of lawyers, Ford says that algorithms will soon take the place of even the most seasoned legal professionals. Historically, attorneys have been paid (handsomely) for their judgment—their ability to predict whether a case can be won, how it might do on appeal, whether it will be overturned, etc. And now, what’s available to law firms are algorithms that can predict all of these outcomes with much more precision than any human with any amount of legal expertise can. And so, in Ford’s future, a law firm might consist of one very junior legal professional armed with an algorithm, instead of an army of seasoned attorneys at a host of levels.

Although this might sound implausible, the same thing happened in agriculture not so long ago. There was a time in the not so distant past that 80 percent of all Americans worked in agriculture. Today, this is what it takes to run a good-sized farm: one person, with a handful of machines.

Of course, factories are pretty much fully automated these days, too. And with the increase in dexterity and vision of robots, soon the most complex manufacturing jobs will also be automated. In addition, Ford predicts the end is coming soon to cheap overseas labor (of machines becoming even cheaper than the cheapest of labor in places like China and India). In other words, pretty much anything you can think of involving repetition will soon be performed by a machine.

There should be no doubt that technology is advancing in the direction of full unemployment. Ford quotes the co-founder of a start-up dedicated to the automation of gourmet hamburger production: “Our device isn’t meant to make employees more efficient. It’s meant to completely obviate them.”

With respect to keeping down consumer costs, which is one of the great benefits of robots, one industry in dire need of better technology and more robots is health care—where the costs are still astronomical, a direct result of technological advancements in the industry lagging those made in other fields. And so, Ford says there’s still a long way to go before robots will replace a significant number of health care jobs. And one job in health care he points to in particular, perhaps surprisingly, is nursing.

Due to the precise movements, level of dexterity, reliance on vision, direct interaction with patients, and emotional connection required in nursing, Ford says, “Building a robot that can do what a nurse does is still very much in the realm of science fiction.”

Ford does have a solution to the frightening part in all this. He believes that humans, in the robot-dominated future where people no longer make up a majority of the workforce, should all be given a small stipend to live on, something like $10,000 a year. This would then, Ford thinks, create a generation of entrepreneurs. Here’s what he recently told Wired :

If people had an income floor, and if the incentives were such that on top of that they could do other things and still keep that extra money, without having it all taxed away, then I think a lot of people would pursue those opportunities. There’s a phenomenon called the Peltzman Effect, based on research from an economist at the University of Chicago who studied auto accidents. He found that when you introduce more safety features like seat belts into cars, the number of fatalities and injuries doesn’t drop. The reason is that people compensate for it. When you have a safety net in place, people will take more risks. That probably is true of the economic arena as well. People say that having a guaranteed income will turn everyone into a slacker and destroy the economy. I think the opposite might be true, that it might push us toward more entrepreneurship and more risk-taking.

Let’s hope so. In any event, I don’t know about you, but I’m going to start looking into that nursing thing.

A Day in the Life: Oncologoy Charge Nurse

Top 10 Tech Start-ups to Work For in NYC

A comprehensive resource for students and job seekers looking for career advice, job postings, company reviews from employees, and rankings of the best companies and industry employers.
facebooktwitterinstagram
Share on TwitterShare on LinkedinShare on Facebook

Want to get notified when new opportunities, jobs, and advice post to your career community?