The Government Shutdown & the Private Sector: How Companies Feel the Impact 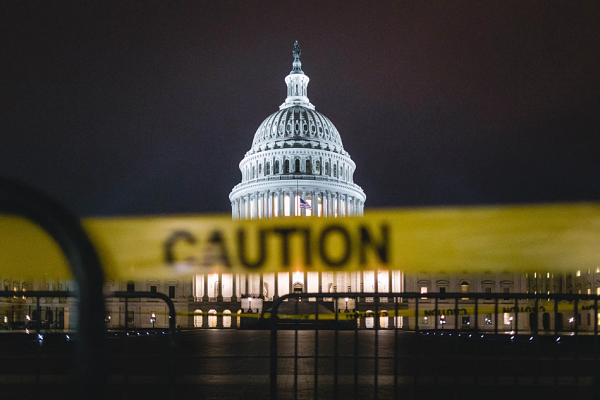 The Government Shutdown & the Private Sector: How Companies Feel the Impact was originally published on Vault.

The partial government shutdown, which began on December 22, 2018, continues with little indication of a resolution in sight. At 24 days and counting, it has become the longest government shutdown in the history of the United States. At least eight government departments are no longer operating beyond “essential” duties, impacting more than 800,000 federal workers who are either furloughed—placed on temporary, unpaid leave—or working without pay.

The causes of the shutdown are well-known and dominate the discussion, as lawmakers and administration officials try to reach an agreement on a spending bill that will fund these shuttered departments and reopen the government. As the debate rages on, however, there is one area impacted by the shutdown that isn’t spoken about as widely: the private sector.

The Cost to Private Contractors

According to 2017 research by Professor Paul C. Light of the NYU Wagner School of Public Service, four out of every ten people who work for the federal government are private contractors. The government often contracts with private companies, soliciting a number of services at virtually every level—from janitorial or administrative duties to highly advanced IT consulting. These people are an integral component of our government, addressing shortages of resources and lending expertise to areas where the government may be lagging. But despite being employed by private companies, professionals who are contracted to work with the federal government are feeling the repercussions of the shutdown.

Government contractors run the gamut from small businesses to corporate giants. Due to the shutdown, heavy hitters in the tech industry like AT&T and IBM have had to halt work on government-related projects. General Dynamics, Booz Allen Hamilton, Deloitte, Accenture, and Northrop Grumman are all among the echelon of major companies to which the government paid at least $500 million in obligations during the 2018 fiscal year, according to a report by Bloomberg.

The Bloomberg report found that in the fiscal year that ended on October 1, 2018, the agencies that have shut down “announced $89.3 billion in obligations to contractors, an average of $245 million each day…the Department of Homeland Security, NASA, and the State Department accounted for half those funds.” The shutdown has halted those financial obligations.

In speaking with The Washington Post, David Berteau, president and CEO of the Professional Services Council, estimated that the federal government spends approximately $300 billion annually on services from private contractors. That is money these federal agencies cannot spend during the shutdown, meaning that employees of private government contractors are also not getting paid. Large corporations like AT&T or IBM—those with a diverse portfolio of contracts—are better positioned to absorb those losses. They won’t be affected as severely as small businesses like Seventh Sense Consulting, which relies heavily on government contracts, are.

“At some point we would have to sever ties,” said Ron Lambo to The Washington Post. Lambo is the managing partner of Seventh Sense Consulting, a small consulting firm that contracts with FEMA and has been issued a stop work order. Twenty-five of the firm’s 120 employees are unable to do their work and have been sent home on unpaid leave. If the shutdown continues, Lambo fears the firm may have to lay off some of its consultants.

As of this writing, thirteen major federal departments and agencies have been impacted by the shutdown, including the Departments of Agriculture, Commerce, Homeland Security, Housing and Urban Development, Interior, Justice, State, Transportation, and Treasury. Other shuttered agencies include the Federal Emergency Management Agency (FEMA), the Environmental Protection Agency, and NASA.

According to Berteau, the upheaval caused by the government shutdown extends to individual private contractors struggling to understand exactly how it impacts their employees. “This shutdown is harder in two ways,” he told The Washington Post. “One is the uncertainty of how long it’s going to last and when it’s going to end. The other is the ambiguity, because it’s partial—it’s not a full government shutdown. There’s insufficient communication from the government to the companies over what to plan for.”

The government is advising contractors on an agency-by-agency basis. Some agencies like FEMA have begun issuing stop work orders, instructing companies to cease work for which they will not be paid. Other companies are left to navigate uncertain waters on their own, facing incredibly difficult decisions about what to do with their employees who work on these government contracts. Some small business owners are even beginning to worry that their employees will look for work elsewhere, seeking out jobs that are more stable and where pay is guaranteed. The Senate has already passed a bill to approve back pay for all federal employees affected, but there is no guarantee that private contractors will be paid once the government reopens.

Congress may yet push to have federal contractors receive back pay, but as of now, reimbursement for time unpaid is largely determined by the employer, and not every company will have the resources to pay their employees—especially those who are on time and materials contracts. Be it through layoffs or a voluntary exodus of dissatisfied employees, numerous companies stand to lose a significant amount of human capital.

Even private companies that do not contract with the federal government are experiencing the fallout, with certain industries subject to closer government oversight seeing their day-to-day operations halted or impeded.

A New York Times report examines how different industries that depend on government regulations are affected. For instance, the Securities and Exchange Commission (S.E.C.) cannot review applications for company stock offerings during the shutdown, and mergers and acquisitions filings aren’t being considered.

“I have a client in registration right now for an M&A deal, and nothing is going on,” Marc Leaf, a partner at Drinker Biddle & Reath, told The New York Times. “If this is not solved and goes on for weeks, there will be companies who are really slowed down in the public offering process.” Big law firms and investment banks—both of which interact with such filings on an almost daily basis—now find their hands tied.

The report also estimates that at least 39,000 applications for federally backed mortgages may have been delayed. And Deutsche Bank warns that the delayed release of key data from government agencies could severely impede economic forecasters’ ability to gauge economic growth, which could impact the interest rate set by the Federal Reserve. There’s even bad news for beer drinkers, as the Bureau of Alcohol, Tobacco, Firearms, and Explosives cannot approve new beer labels, making it exceedingly difficult for microbreweries and craft beer manufacturers to put out new products

On January 11, 2019, federal workers missed their first paychecks, and those who work with the federal government are not immune from the ramifications. If you work for a firm or company that has been affected by the shutdown, your employer should communicate what is expected of you. Alternatively, the Professional Services Council offers a helpful Government Shutdown Resource Center with additional information.

A comprehensive resource for students and job seekers looking for career advice, job postings, company reviews from employees, and rankings of the best companies and industry employers.
facebooktwitterinstagram
Share on TwitterShare on LinkedinShare on Facebook